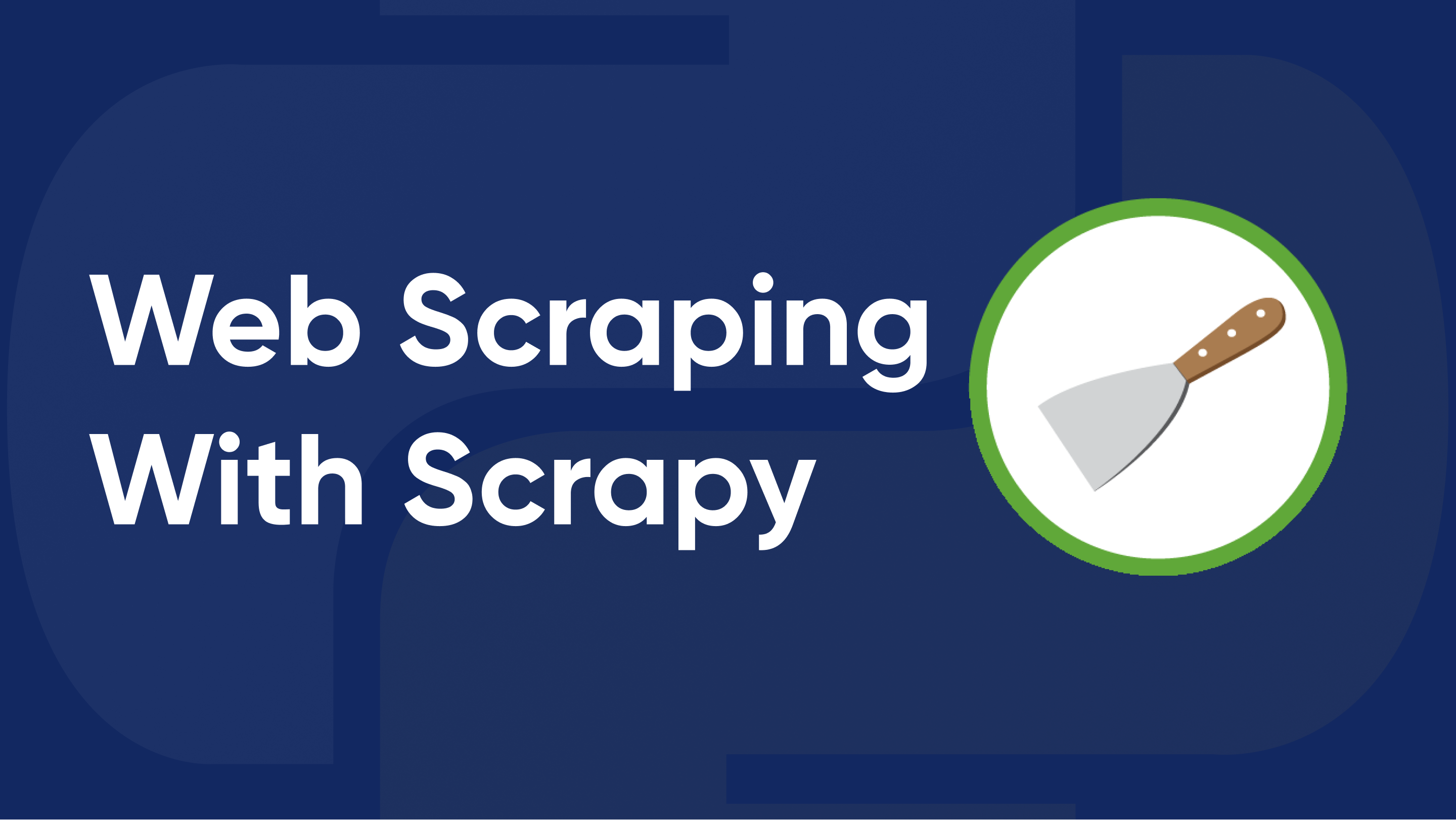 Scrapy is the most popular web scraping framework in Python. Earlier, there was a review of similar tools. Unlike BeautifulSoup or Selenium, Scrapy is not a library. The big advantage is that the tool is completely free.

Despite this, it is multifunctional and is able to solve most of the tasks required when scraping data, for example:

Scrapy uses Spiders, which are standalone crawlers that have a specific set of instructions. So it is easy to scale for projects of any size, while the code remains well structured. This allows even new developers to understand the ongoing processes. Scraped data can be saved in CSV format for further processing by data science professionals.

How To Install Scrapy In Python

Before start looking at the practical use of Scrapy, it should be installed. This is done on the command line:

In order to make sure that everything went well, one can import Scrapy in the interpreter with command:

And if there are no error messages, then everything went well.

How to use XPath with Scrapy

Scrapy works equally well with XPath and CSS selectors. However, XPath has a number of advantages, so it is used more often. To simplify the example, all XPath code will be executed on the command line. To do this, go to a special python shell:

Then select the site for which web crawling will be performed, use the following command:

The execution result will be the following:

This is normal, because it wasn't specified what data needs to be crawled. To select all the data stored in the < html >…</ html > tag, just use the following command:

The use of XPath is standard and shouldn't go too far, but as an example, let's try to return only the content of < h1> tag:

Or get only the text:

Thus, the use of XPath is a flexible and simple tool for elements search.

Selectors, unlike XPath, are less flexible and don't allow to work, for example, with parent elements. And although it is extremely rarely used, the lack of such an opportunity can be frustrating.

In general, for CSS selectors, the request is made in the same way:

The choice between using XPath and CSS selectors is up to everyone to decide, as the difference between using them is mostly a matter of convenience for each individual user.

Now let's start building a simple scraper using Scrapy. To create the first scraper, use the built-in features of the framework. Let's use the following command:

This will automatically create a scrapy project, the name can be anything. If everything went well, the command line should return something similar to:

If everything is well, it will return:

Open the created scraper (python file), it will look like this:

Let's change the content of def parse(self, response) so that the scraper collects all h1 tags (using the XPath example above):

And finally, to start the scraper, use the command:

The results of the scraper will be displayed in the terminal output. Of course, this is a very simple example of a scraper, however, as a rule, more complex ones differ only in greater detail. Therefore, knowing the basics, creating a full-fledged web scrapers will not cause difficulties.

When creating a project, Scrapy also creates a settings.py file and a middleware.py file, where one can store spider middlewares and also proxy settings, for example:

Don't forget to make changes to the settings.py file:

Using a proxy is very important in order to increase security during scraping and avoid blocking. In addition, it is important to remember that the use of free proxies is unreliable and the speed is significantly reduced. It is advisable to use residential proxies.

If there is no desire or ability to independently configure and use a proxy, and also to avoid blocking, there are ready-made APIs that will act as an intermediary between the user and the site. For example, the simplest scraper using our service would look like this:

Scrapy vs BeautifulSoup for Extracting Data

Before finally deciding to use Scrapy in projects, it's worth comparing it to other popular Python scraping libraries. One of these is the Beautiful Soup library. It is quite simple and suitable even for beginners.

However, unlike Scrapy, it lacks flexibility and scalability. Also, the built-in parser is rather slow.

Beautiful Soup easily extracts data from HTML file and XML files, however, it should be needed to use additional libraries to send a request to web pages. Requests or UrlLib library are suitable for this. For further analysis html.parser or Lxml can help.

For the example, let's get all the names of goods that are stored in paragraphs p in tags h3:

Due to the fact that the library is popular, usually among beginners, a fairly active community has developed. This will allow to find the answer to any question quickly.

What's more, Beautiful Soup has complete and detailed documentation, which makes it very easy to learn. Detailed description of the methods, as well as examples of use, here.

So, let's look at the comparison table:

Although the tool should be chosen depending on the goals, objectives and possibilities, it is worth noting that BeautifulSoup is more suitable for beginners or for small projects. While Scrapy should be used by those who are already somewhat familiar with scraping in Python and are planning to create a flexible and easily scalable project.

Selenium is a more advanced tool that allows to crawl websites with not only static, but dynamic data too. That is, Selenium supports JavaScript thanks to headless browsers.

Selenium was originally developed for test automation, thanks to which, this library helps to simulate the behavior of a real user. Therefore, using this library also helps to reduce the risk of blocking.

Also a big advantage is that Selenium can easily work with AJAX and PJAX requests. In addition, unlike Scrapy, Selenium works equally well in C#, Java, Python, Ruby and other programming languages.

Let's look at a similar example as for BeautifulSoup, only using Selenium and headless browsers:

The code didn't become more complicated, however, it became possible to imitate the behavior of a real user. Given that this library is quite popular, it also has an active community and good documentation.

So let's compare Selenium and Scrapy to finally determine the pros and cons:

Thus, it is better to use Selenium for complex projects in which it is necessary to work with dynamic data, as well as imitate the behavior of a real user. At the same time Scrapy is better for flexible and scalable projects, where low consumption of PC resources is important and parsing of dynamic data is not important.

One of the biggest advantages of Scrapy is that it is very easy to move an already existing project to another one. Therefore, for large or complex projects, Scrapy will be the best choice.

Also, if the project needs a proxy, a data pipeline, then it is a good idea to use Scrapy. In addition, when compared in terms of resource consumption and execution speed, Scrapy wins among all Python libraries.